Many years ago, Esther Blanco, Mary Gabbard and I did a short presentation for our Master Gardener class on Ginkgo trees. Here is some of what I remember: Buy male trees. Female trees produce fruit, that while edible in a tiny amount, is toxic in minimally larger amounts, and it truly stinks. Trees slowly grow to 100 ft tall and up to 50 feet wide, so they are not the ideal tree for a regular residential home lot. They tolerate air pollution. The tree's origin is China. The fan-shaped yellow leaves pretty much all drop at the same time.

Last month I read an article about Ginkgo trees that made me take notice. Gingko biloba is the only non-extinct species in the division Gingkophyta dating back before the dinosaurs - 270 million years ago! These trees have survived THREE mass extinctions. This gymnosperm has not changed much in all those years. Because this tree has had such minimal changes, it is being studied today and its leaves compared to the fossilized leaf samples from the Permian Era. Scientists are looking at how Earth's atmosphere has changed in the intervening years and making predictions of a warming climate's effect on Ginkgo trees and the rest of life on our planet.

Specifically, what the researchers are studying is the number of stomatal openings on the Gingko trees leaves. Stomatal openings are the gas-exchange structures on the leaf's surface. This number is compared to the number of normal cells on the same leaf's surface. The number computed from this difference is called the stomatal index. Stomata close when carbon dioxide levels are high, and there are fewer stomata on leaves that develop in higher carbon dioxide environments.

In August people from all around the U.S. sent in Ginkgo leaves together with pictures and information on where the leaves were gathered to paleobotanist Rich Barclay in Maryland. He is already studying 10-foot-tall Gingko trees growing in different carbon dioxide concentrations

from the earth's current level of 400 parts per million up to 1000 parts per million, the same as when there were no polar ice caps on Earth. It will be interesting to see what he and his fellow researchers learn about global warming, rising carbon dioxide levels and the future of all life based on this beautiful survivor. 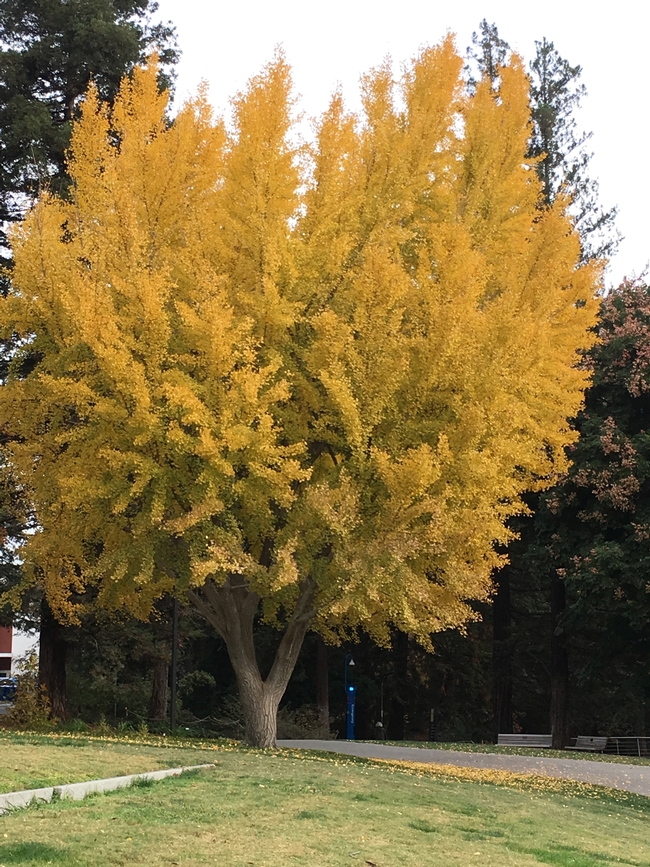