Congratulations to James R. Carey, distinguished professor of entomology at the UC Davis Department of Entomology and Nematology for his public... 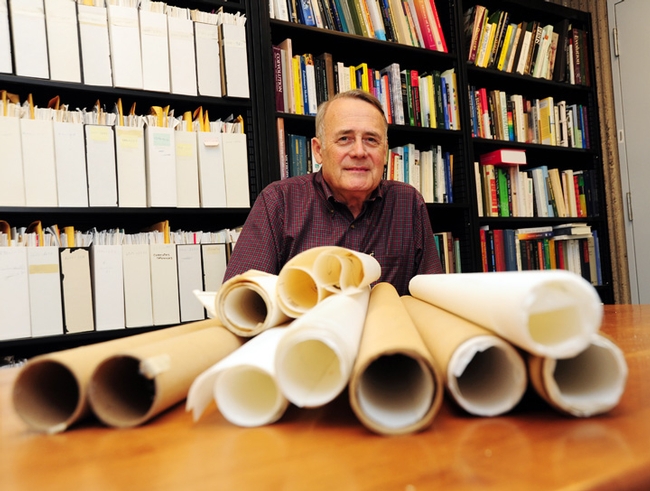 UC Davis Distinguished Professor James R. Carey with some of the maps he used in his research. (Photo by Kathy Keatley Garvey)

Is that a light brown apple moth? Light brown apple moth is currently under a California Department of Food and Agriculture quarantine that regulates the interstate shipment of plants to keep the moth from spreading to new areas. It has been quarantined in various counties throughout coastal California ranging from Mendocino to San Diego.

An exotic and invasive pest from Australia, light brown apple moth has a host range of more than 2,000 plants. It is a pest to a wide range of ornamental and agricultural crops, including caneberries, strawberries, citrus, stone fruit, apples, and grapes. The caterpillars eat leaves and buds, leading to weak or disfigured plants. They also can feed directly on fruit, causing the fruit to be unmarketable.

Correct field identification of the light brown apple moth is the first step in containing the spread of this moth. Unfortunately several other leafroller caterpillars, including the orange tortrix, omnivorous leafroller, avocado leafroller, and apple pandemic moth, look similar to light brown apple moth caterpillars. This makes photo identification tools that can go into the field with workers, like the Field Identification Guide for Light Brown Apple Moth in California Nurseries, a useful resource for nursery workers.

For more information on light brown apple moth and other leafrollers found in nurseries, see the UC Pest Management Guidelines for Floriculture and Nurseries. 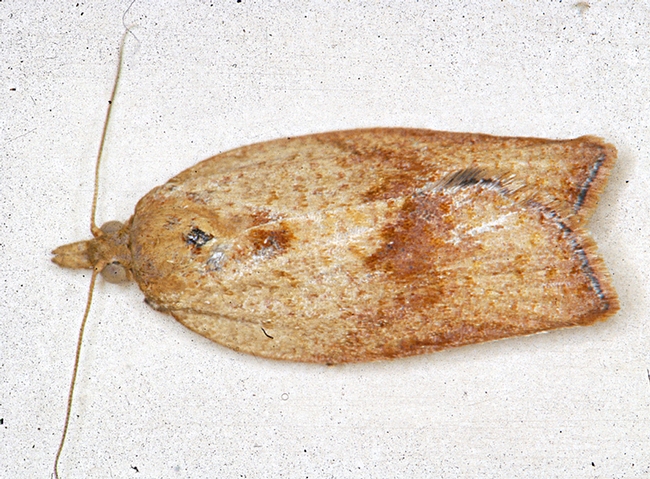 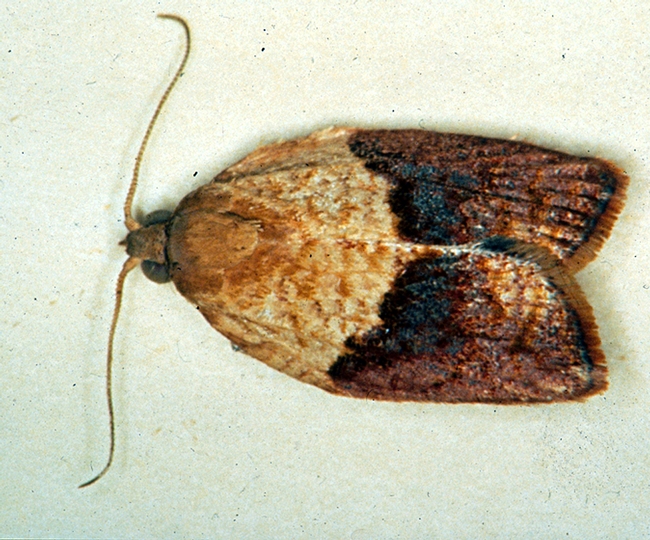 “Invasive pests are a problem,” said Nick Frey, president of the Sonoma County Winegrape Commission. “They threaten California agriculture in general, and probably our ecology too, so it’s important to try to prevent their import into the state, and if they do get here, to detect them early. If you don’t get early detection, your odds of eradication are low.”

“The bottom line is, follow the rules,” Smith said, “because ultimately, the result is pretty dramatic. And who pays the price for that? We pay the price for the enormous effort to eradicate something once it’s here, and/or, we completely lose that industry. We then begin to eat more fruits and vegetables we don’t grow here in California.”

Rick Buchner, UC Cooperative Extension advisor in Tehama County, was featured as a "Western Innovator" in a Capital Press story published yesterday. In the article, he explained how the UCCE two-way learning model - involving UC academics and farmers - has been successful in solving agricultural problems.

"The beauty of extension is that we all learn together," Buchner said. "The growers know things that I don't, and I hopefully can share things from the university that they don't know. When we work together, it's a pretty powerful team."

A recently certified report on light brown apple moth asserts that the pest, native to Australia, cannot be eradicated from California.

"Given the increases in LBAM population densities and the extent of contiguous spread of LBAM observed over the past 2 years, coupled with a lack of area-wide management tools, eradication is no longer feasible in California," the USDA report says.

The "area-wide management tools" referred to in the report includes aerial pheromone spraying, which drew the ire of many environmentalists. Instead, control will be attempted with twist-ties that release pheromones and with the release of sterile moths to disrupt breeding.

According to the AAAS ScienceInsider blog by Ingfei Chen, CDFA concurs with the USDA finding. The agency's main goal is to "contain, control and suppress" the pest, Chen wrote. An article in the Stockton Record said ag officials will still try to eradicate small, discrete infestations such as those found in Manteca and Tracy.

In an article about the strategy change, the Santa Rosa Press Democrat noted that the January-March 2010 issue of UC's California Agriculture journal included a peer-reviewed article about LBAM control in New Zealand. The article said the moth “is successfully managed” there with modern pest control techniques. LBAM was an economically important pest from the 1960s to 1980s in New Zealand, and developed resistance to broad-spectrum insecticides, but today a combination of biological control and judicious use of selective insecticides keep LBAM at bay.

Chen said in her blog that the new focus on pest control, rather than eradication, is what some critics of LBAM eradication, including UC Davis biodemographer James Carey, have been advocating for some time. Chen is the author of a lengthy profile of Carey and his LBAM views that appeared on the AAAS Science Web site in January. 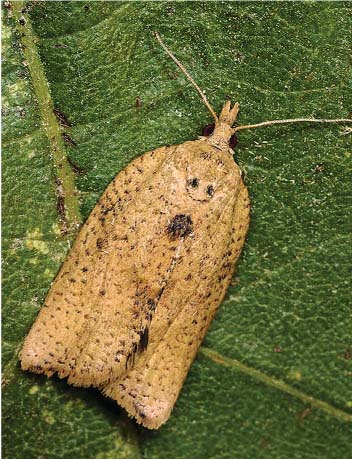 LBAM is in California to stay.