Salton Sea. Photo courtesy of NASA
UC Riverside study shows soils once submerged under the sea and airborne particulate matter are high in sodium and selenium

Scientists at UC Riverside investigating the composition of particulate matter (PM) and its sources at the Salton Sea have found that this shrinking lake in Southern California is exposing large areas of dry lakebed, called playa, that are acting as new dust sources with the potential to impact human health.

“Playas have a high potential to act as dust sources because playa surfaces often lack vegetation,” said Roya Bahreini, an associate professor of environmental sciences, who led the research project. “Dust emissions from playas increase airborne PM mass, which has been linked to cardiovascular disease, respiratory disease, and mortality.”

Bahreini's team set out to test whether emissions from playas change the composition of PM10 (particulate matter with diameters up to 10 microns) near the Salton Sea. The team assessed the composition of playa soils (recently submerged underneath the Salton Sea), desert soils (located farther from the sea), and PM10 collected during August 2015 and February 2016. Roya Bahreini is an associate professor of environmental sciences at UC Riverside.
“Increase in the sodium content of PM10 can affect the ecosystem when the sodium-rich particles deposit downwind and change the natural balance for soils and agricultural lands or when these particles form clouds,” Bahreini said. “Currently, the primary concern for PM emissions from playa is the contribution to total concentration of PM10, which regardless of composition, is an irritant and can have negative respiratory effects.”

Her team also found that playa soils and PM10 are significantly enriched in selenium relative to desert soils.

Bahreini explained that selenium can be a driver of aquatic and avian toxicity. “Additionally, higher selenium enrichments in PM10 during summertime suggest that selenium volatilization from the playa may become an important factor controlling the selenium budget in the area as more playa gets exposed,” she said.

Alexander L. Frie, a graduate student in environmental sciences and the first author of the research paper, urges that the Salton Sea be paid close attention since, although it is widely considered a large ecological disaster, with no serious monitoring and remediation efforts the sea may also create a human health crisis for the surrounding area. Alexander L. Frie, a graduate student in environmental sciences and the first author of the research paper, at the sampling site.
“Although our results indicate playa emission may not be especially toxic when compared to other dust particles, increased emissions from a shrinking sea will reduce the quality of life of the residents within the Imperial Valley and other downwind regions,” he said.

Samantha C. Ying, an assistant professor of environmental sciences and a coauthor on the paper, stresses that monitoring the increase in dust sources over time is necessary to quantify its contribution to local health problems.

“Our study shows that the shrinking Salton Sea is contributing to dust sources in the region,” she said. “Even considering just the small area of playa that is exposed now, the contributions are significant.”

Another concern the researchers point out is that water that is currently diverted from the Colorado River and directed into the Salton Sea is scheduled to end before 2018. The resultant decrease of inflow into the sea will likely cause a decline in water level, exposing more playa, and therefore emitting more dust.

“With more playa being exposed, we expect total PM10 concentrations to increase and human exposure to these particles in downwind areas will also increase,” Bahreini said. “Therefore implementing any project, for example, creating shallow water pools over the playa, that limits formation of salt crusts on the playa will be valuable.”

Bahreini, Frie and Ying were joined in the study by Justin H. Dingle, a graduate student in Bahreini's lab. When preparing to replant an orchard, farmers typically push together the old trees and burn them. UCCE advisor Brent Holtz is studying alternatives.
When almond orchards are about 25 years old, farmers must pull out the trees and plant new ones to maintain quality and yield. Typically, the old trees are pushed out and burned or ground up and hauled to a co-generation plant. However, UC Cooperative Extension advisor Brent Holtz believes there may be a better way.

Holtz has been pioneer in ag burn alternatives throughout his 26-year-career with UCCE, and going back still further on his family almond farm near Modesto. Beginning in the early 1990s, Holtz and his father experimented with chipping almond prunings instead of burning them, long before air quality regulations required wide implementation of the practice.

When Holtz heard a four-acre stone fruit orchard was slated for removal at the UC Kearney Agricultural Research and Extension Center in Parlier seven years ago, he took the opportunity to study the impact of grinding up and incorporating the whole trees before planting a new orchard.

“When an orchard is pushed out, there is about 100 tons per acre of organic matter that is taken out of the system,” Holtz said. “My previous research showed positive results from organic matter. Our San Joaquin Valley soils are typically critically low in organic matter. Why remove it if it is good for the soil?”

A local company was contracted to grind up and incorporate the trees using an Iron Wolf, essentially a 50-ton rototiller, in selected research plots. (See video below.) At first, Holtz was concerned that the Iron Wolf left “firewood-sized” chucks of wood in the plots, pieces much larger than he had studied before in his wood chipping research. But the worry turned out to be unfounded.

In comparison plots, trees were pushed together and burned. The ashes later were spread out on the soil. All the plots were fertilized at the normal rate.

Over the years, Holtz has compared laboratory analyses of the nutrients available to the trees in the soil and nutrients in the leaves. Initially, the burn treatments had more nutrients available. The second year, nutrient availability was about equal. Leaf analyses in the third year began to show a higher level of nutrients in the leaves of trees growing in the area where old trees had been ground up and incorporated. In the fifth and sixth years, Holtz didn't see any differences in growth, but data suggests slightly higher yields where the trees were ground up.

“A lot of growers feared if we added that much carbon to the soil, the microbes breaking down the organic matter would tie up nitrogen and the trees would be stunted,” Holtz said. “But the research results suggest that the trees will do just as well or better in the presence of the additional organic matter.”

One potential barrier to grinding up old trees is the cost. Holtz said the Iron Wolf treatment cost $800 per acre and it is not readily available in the San Joaquin Valley. Burning is nearly cost-free for the farmer, but contributes to air pollution and is highly regulated.

Another option for almond farmers preparing to remove an orchard and replant is employing a large tub grinder, which leaves much finer particles of wood than the Iron Wolf, is more readily available but more expensive. Holtz said he hopes that growers in the future will receive incentives to grind up their orchards and incorporate the wood chips into their soils before they plant a second- or third-generation orchard.

“I'm trying to find growers who would be interested in trying this approach to conduct on-farm research,” Holtz said.

In the video below, the Iron Wolf grinds up whole trees and incorporates the organic matter into the soil:

An initiative to enhance competitive and sustainable food systems is part of the UC Division of Agriculture and Natural Resources Strategic Vision 2025.

A 60-foot tower near the UC Cooperative Extension office on South Mt. Vernon Avenue in Bakersfield has been built to hold instruments aloft for air quality studies in the area, the Bakersfield Californian reported.

Researchers from around the country are conducting the studies to gain a deeper understanding of the environment and to inform air quality regulatory policy.

"You need to measure what's in the air, and then from that you go back and look at crafting regulatory policy," UCCE farm advisor John Karlik was quoted. "But science has to precede policy."

The tower is hosted by the UC Cooperative Extension and funded by the California Air Resources Board.

Bakersfield was chosen as a site for the project, which began in May and runs through the end of June, because of its problems with air quality and its relatively strong sources of atmospheric compounds, the article said.

"It's all about how we put those data into a larger framework," Karlik was quoted. "We think it's of broader public interest."

Not a lot of greenhouse gas is from animal ag

There's been some confusion in recent years about the impact of animal agriculture on global warming. UC Davis Cooperative Extension air quality specialist Frank Mitloehner will share his findings on the subject this month during a free webinar on the eXtension website, according to an article in Pork magazine.

The 2006 United Nations report "Livestock's Long Shadow" said the livestock sector is responsible for 18 percent of greenhouse gas emissions, a higher share than transportation. Mitloehner said livestock's contribution is more like 3 percent, yet wide distribution of the misinformation has put Americans and others on the wrong path toward solutions.

The webinar, which will include information from Mithoehner's report "Clearing the Air: Livestock's Contribution to Climate Change," is at 11:30 a.m. Pacific Time June 11. Forum participants will have the opportunity to ask questions, post comments, upload photos and share their experiences. All the details, including links to background information and to the webinar, are in this eXtension flyer. 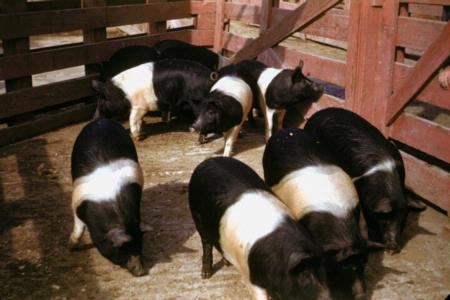 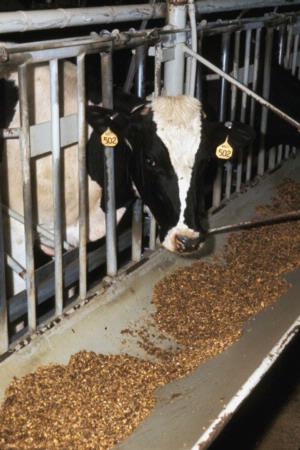