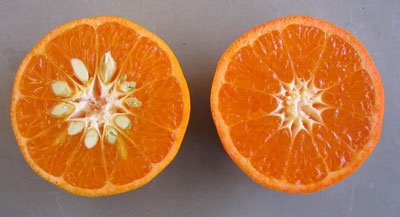 Having skirted damage from last week's freeze threat, Placer County is now ready to welcome visitors from the valley to buy foothill mandarins, said an article in the Sacramento Bee.

Mandarins are a signature crop in Placer County, where the climate and soil produce particularly flavorful fruit, according to a UC Cooperative Extension mandarin information page. Mandarins are more cold tolerant than all other citrus except kumquats.

The Mountain Mandarin Association's website says the first mandarin orange trees were planted in Placer County in the 1880s. According to the agricultural commissioner's crop report, Placer County citrus fruit was valued at $1,223,545 in 2009.

The association website offers maps to the county's 30 producers, an attraction guide, nutrition information and recipes.

"It's not as sophisticated as Apple Hill," the story quoted an association spokesperson, "but it's taking big steps toward that."

The association says mandarins make a "wonderful holiday gift for friends, family and business associates." Indeed, Chinese tradition suggests that mandarin's shape and color symbolize the sun and connect with the yang principle, representing the positive force in nature and making them important symbols for the New Year. 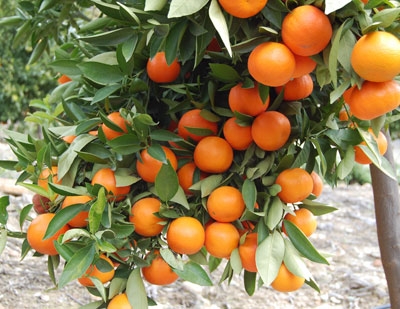