"Chefs are using what's produced (in the garden) in their kitchens because they know their customers appreciate fresh, local food," said Rachel Surls, the sustainable food systems advisor for UC Cooperative Extension in Los Angeles County.

Surls was part of a recent tour of urban agriculture in downtown Los Angeles, a story that was also covered by the LA Times.

The visitors — who included growers, urban policymakers, consultants, entrepreneurs and representatives of nonprofits — wandered around the vegetable beds and asked questions as they got a taste of the garden. The article said the garden, on the fifth floor of a building at 6th and Figueroa streets, cost about $40,000 to build and yields as much as $150,000 worth of produce every year.

The California drought didn't impact the wine industry in 2014, but a dry forecast for next year has growers worried. One major issue is the buildup of salts in soils, said Mark Battany, UC Cooperative farm advisor in San Luis Obispo County. During a wet winter, these salts are washed away. But California hasn't had a wet winter in three years. Farmers were able to irrigate at the beginning of the drought to make up the difference, but increasingly water supplies are restricted.

Battany says that excess salt buildup in the soil can cause grapevines to lose their leaves. "Without a way to process sunlight, you won't see sugar ripening," he said.

Organic farmers are challenging a proposed California pest-management program they say enshrines a pesticide-heavy approach for decades to come, including compulsory spraying of organic crops at the state's discretion.

The farmers are concerned about the California Department of Food and Agriculture's pest-management plan, the article says. The 500-page document lays out its planned responses to the next wave of fruit flies, weevils, beetles, fungus or blight that threatens crops. Many groups challenging the plan complained that it seems to authorize state agriculture officials to launch pesticide treatments without first carrying out the currently standard separate environmental-impact review.

The article reported that the California organic agriculture industry grew by 54 percent between 2009 and 2012. California leads the nation in organic sales, according to statistics tracked by UC Cooperative Extension specialist Karen Klonsky, who says the state is responsible for roughly one-third of a national organic industry.

We can expect some exciting research to emerge from the U. S. Department of Agriculture's Specialty Crop Research Initiative (SCRI). And UC Davis... 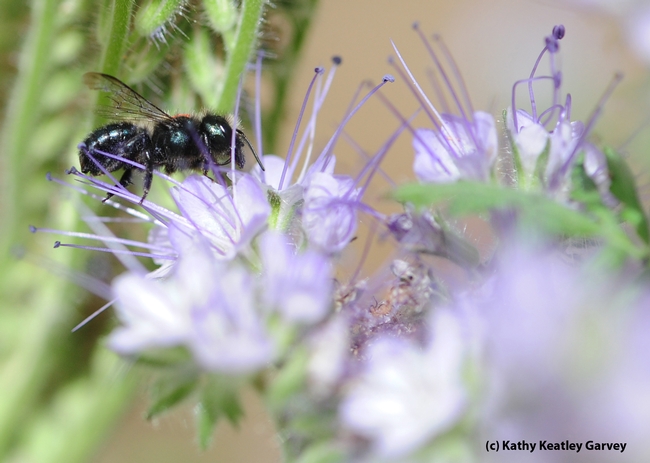 The blue orchard bee or BOB (Osmia) is being studied as an alternative pollinator. (Photo by Kathy Keatley Garvey)

The blue orchard bee or BOB (Osmia) is being studied as an alternative pollinator. (Photo by Kathy Keatley Garvey) 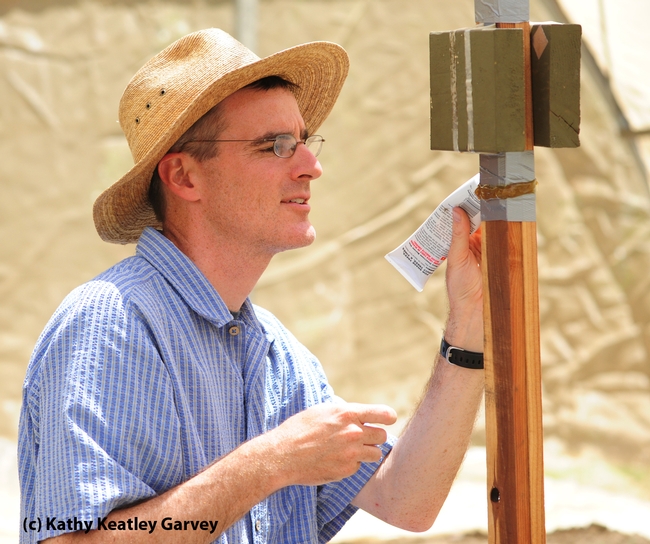 Growing almonds isn't all it's cracked up to be. It's expensive. The next time you're enjoying a ice cream bar coated with almonds or a salad with... 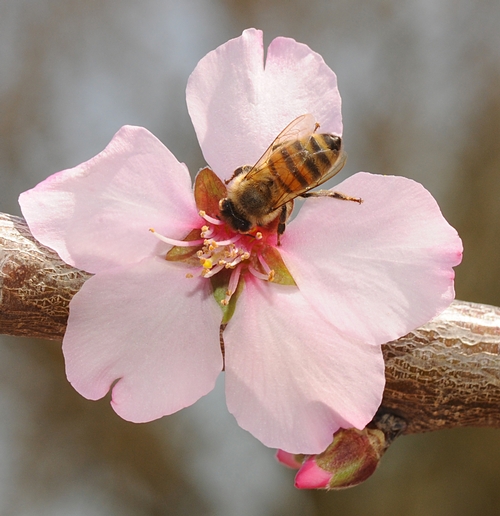 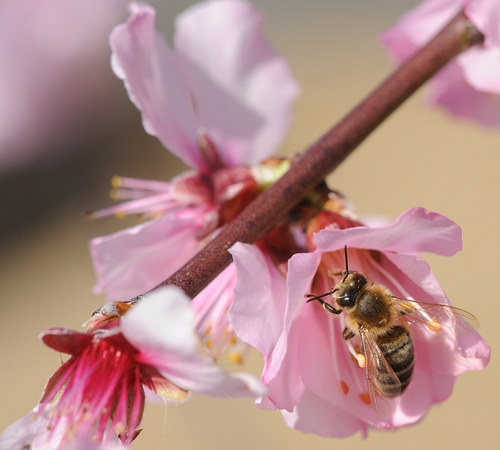 HONEY BEE zeroes in on an almond blossom. (Photo by Kathy Keatley Garvey) 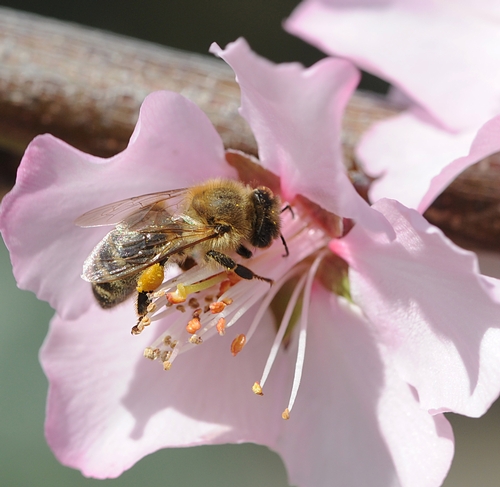