Fall colors in wine country are not a picture of health Fall in Napa Valley. (Photo: Wikimedia Commons)
The glorious fall colors in California wine country aren't good news for the industry. Although they look beautiful in the muted autumn sunlight, red leaves on grapevines can be a symptom of serious plant diseases, such as grape leafroll associated viruses and red blotch.

In 2008, a disease characterized by red blotches along leaf margins and red veins under the leaf surfaces was seen in red grapes growing in Napa Valley. The symptoms resembled leafroll disease, however laboratory tests did not detect any leafroll and rugose wood viruses in the samples. Since then, red blotch disease has been observed in vineyards throughout North America.

A virus associated with red blotch disease was identified in 2012. The incidence of the red blotch disease relative to other virus diseases is currently not known, according to the UC IPM Pest Management Guidelines. The guidelines, produced by UC Agriculture and Natural Resources' (UC ANR) Statewide Integrated Pest Management Project, offer comprehensive information free online for pest control in more than 50 California crops.

UC ANR Cooperative Extension specialist, Deborah Golino, director of Foundation Plant Services at UC Davis, wondered if the virus associated with red blotch disease was new to California. She turned to the UC Davis Herbarium, a repository of 300,000 pressed plant samples, including grapevines dating back to 1940.

Golino and her laboratory staff collected 56 samples and, to prevent contamination, tested them in a lab that only works with lettuce. Of the 56 samples, one, an early burgundy collected in Sonoma County, was positive.

“We have confirmed that red blotch disease is not new,” Golino said. “It's been around at least since 1940.”

The results were published this year by the American Phytopathological Society in the journal Plant Disease.

UCCE teaching the next generation of farmers A scenic Sonoma County farm.
Students accepted into a new farming and ranching education program being offered by UC Cooperative Extension in Sonoma County and other institutions will have their first of nine monthly meetings March 30, wrote Michael Shufro in the Santa Rosa Press Democrat.

“We recognize that the current population of farmers is aging, and that we need to get our younger farmers prepared and ranching,” said Stephanie Larson, UC Cooperative Extension advisor in Sonoma County and director of the new training program. “We’re really hoping to not only get more farmers and ranchers trained, but to increase food access and food production in Sonoma County, and also to teach more people about where their food comes from.”

Students in the program will split their time between classwork with ag teachers, field work with local farmers and business plan development with small business experts. The program will expand to include the broader farming community, connecting students with restaurants and grocers that buy local produce and the slew of farmers’ markets around the county.

“Programs like this strengthen the parts we already have and bring farmers together,” Larson said. “We used to work mainly in silos, but we’ve been breaking those silos down, and finding it works much better together than separately.”

On top of wine, food, arts and culture that some large cities might envy, Napa Valley has an invaluable, little-recognized asset: an uncommonly cooperative and educated wine industry.

Napa Valley Grapegrowers Association, UC Cooperative Extension advisors like Monica Cooper and Ag Commissioner Dave Whitmer, plus other groups like the Resource Conservation Service, keep growers and wineries very well informed on many issues.
As Deborah Golino, the respected head of the Foundation Plant Services at UC Davis, which rids vines of diseases so they can be safely propagated, said at a meeting organized by UC Cooperative Extension and other agencies, “This room (it was filled to overflowing with growers) is one of the most sophisticated grape-growing groups in the state.”
Posted on Friday, March 2, 2012 at 11:08 AM
Comments: 1
Tags: Deborah Golino (4), education (6), Monica Cooper (14), Stephanie Larson (10)

Two relatively new variants of grape leafroll virus, known as V3 and V5, are alarming some winegrape growers in California's famed wine country, according to an article yesterday in the San Francisco Chronicle.

The virus is spread by grafting infected cuttings and by the feeding of vine mealybug. It won't kill the vineyard, but it will prevent normal sugar development and reduce yields.

The Chron article, written by Alice Feiring, said the late Ed Weber, Napa County's previous UC Cooperative Extension viticulture farm advisor, and Deborah Golino, director of Foundation Plant Services at UC Davis, in 2002 began a four-year study of the virus in an Oakville vineyard. During the study, there was a threefold increase in the number of infections in that vineyard alone.

UC Berkeley biological control specialist Kent Daane told the reporter that pesticides are not effective against vine mealybug because the bugs hide under leaves. A better control measure, Daane believes, is pheromone mating-disruption.

Nevertheless, Golino told the paper there will not be a fast fix. She encourages growers to purchase certified virus-free vines, "even when it means giving up field selections that have been a longtime part of a winemaking program."

The article also reported there is circumstantial evidence that shows vineyards managed organically might have natural predators for the vine mealybug.

"We don't see the problem in our organic vineyards as we do in our conventional," a farmer was quoted in the story. "But I'm not prepared to say that's the reason." 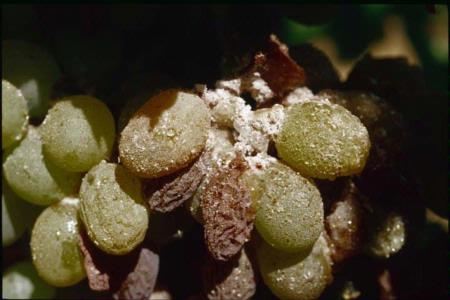 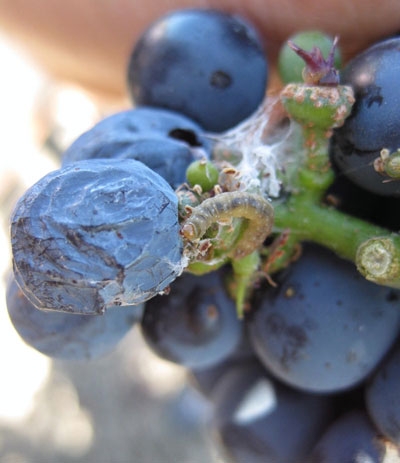