Most of the change in fruit size can be attributed to the drought. When irrigation is limited, water content of the fruit diminishes and sugars become a greater proportion of the fruit mass. However, Day says drought isn't the only reason for 2015's smaller fruit size. California also had unusually warm temperatures in January and February 2015, causing fruit to ripen faster.

"A variety that might ripen after 120 days of being on a tree in a year like this ripens in only 110," Day said. "And, so it's consequently shortchanged out of 10 days of growing."

She’s a Peach of a Permanent Resident 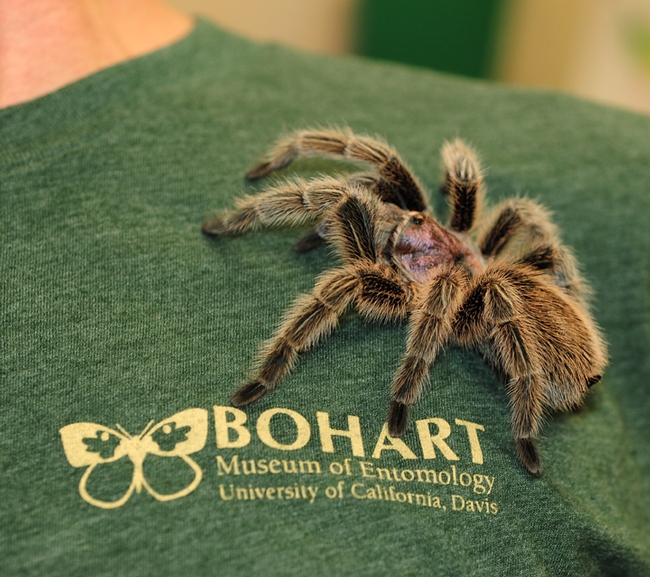 Peaches is the newest tarantula at the Bohart Museum of Entomology. (Photo by Kathy Keatley Garvey) Rootstocks evaluated by UC scientists help control peach tree growth.
Kevin Day, a UC Cooperative Extension farm advisor for Tulare County, has been comparing the quality of fruit on stone fruit trees pruned conventionally, in hedge rows and other configurations for 17 years. Now he and his colleague Ted DeJong, UCCE specialist in the Department of Plant Sciences at UC Davis, are taking a new look at small-sized trees, reported KSEE Channel 24 news in Fresno.


The idea is keeping the fruit trees short so ladders won't be necessary for harvest and other orchard operations, while at the same time maintaining excellent yield and fruit quality.

Day talked to the KSEE news crew in a peach and nectarine orchard at the UC Kearney Agricultural Research and Extension Center in Parlier.

"This is good news for farmers and farmworkers," said reporter Theresa Sardina. "This means safer working conditions for workers and less money out of farmers' pockets."

Day said the researchers are trying to better understand the labor savings aspect of small fruit trees, but he believes they will be proven to be significantly more cost effective.

"You can save a minimum of 25 if not up to 50 percent on any particular labor operations," Day said.

The lead agricultural technician at Kearney, Rudolfo Cisneros, was also interviewed for the story.

Late July, while foraging through peach tree branches to pick the ripe fruit, I paused to stretch my back and was inundated with sawdust tumbling off the leaves. The more I looked, the more I realized the woody grains were localized in one area. Figuring the wind carried the debris onto my backyard tree, I hosed it off and went on with the day.  But after several occasions of being greeted with a layer of sawdust on the same leaves, I grew curious. During an inspection of the old tree, I discovered two bore holes that penetrated into the wood over three inches deep with the openings as round as my index finger.

What on earth is drilling such large holes in this tree? I wondered.

After research revealed the attacker was a peach tree borer, Synanthedon exitiosa, I kept watch for the adult insect and larvae whose photos are displayed online at http://ipm.ucdavis.edu/PMG/r602301211.html (click the first word of the third sentence: Adults.)   Although I never saw the “Adult peach tree borer” featured in one of the photos (which I later learned is the smaller more slender male whose both wings are transparent), I did see the female in my tree.

And let me tell you, this gal was gorgeous. She measured about one and a half inches long and sported a dark almost black steel-blue body with dark black-like forewings and clear hind wings with black margins. A brilliant orange band encircled her abdomen.  (See photo below and visit http://bugguide.net/node/view/216752/bgpage for a great closeup shot).

Needless to say, I stood beside my peach tree transfixed — debating whether to bolt for the kitchen bug killer or race to the far end of the house to get my camera. The spray can won, so I let that flying flirt flitting through the branches have it. Despite searching both tree and ground for her body to preserve for pictures, I never saw the pretty and persistent Synanthedon exitiosa again.

Unfortunately, I learned that I’ll have to wait until next spring to know for sure if she’s really gone and how many borers she left behind. Since females lay an average of 500-600 eggs, who knows how many larvae are tunneling their way deeper through the bark and into the sapwood of my tree?  Next spring I could come face to face with more culprits after pupation takes place and the next generation of moths emerge. To prevent the possibility of another attack, I filled the bore holes with the bug killer and my husband sawed off the large tree limb that was penetrated. In the meantime, I’ll encourage the ants, spiders and lacewings and the birds that prey on the eggs and larvae. 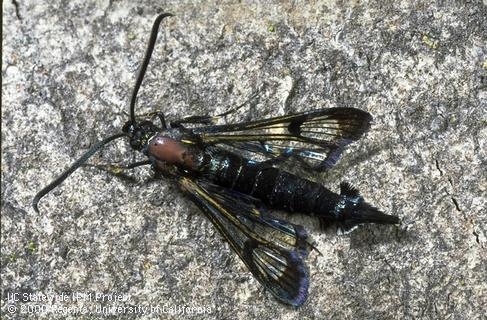 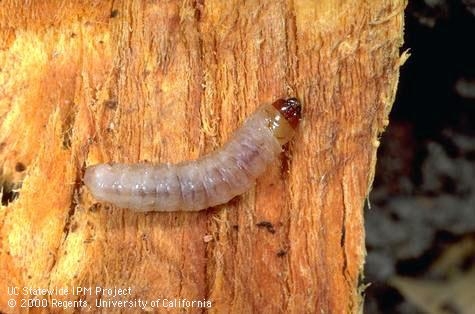 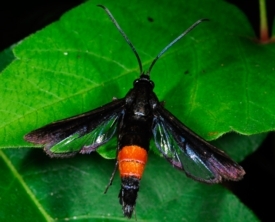 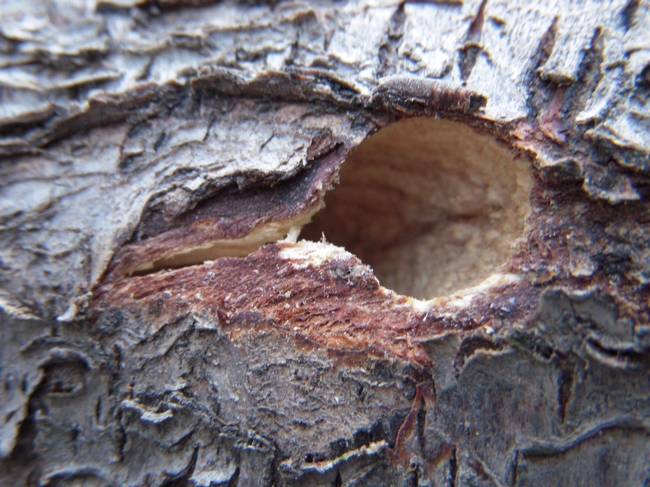 Bore hole on side of limb - photo by Launa Herrmann 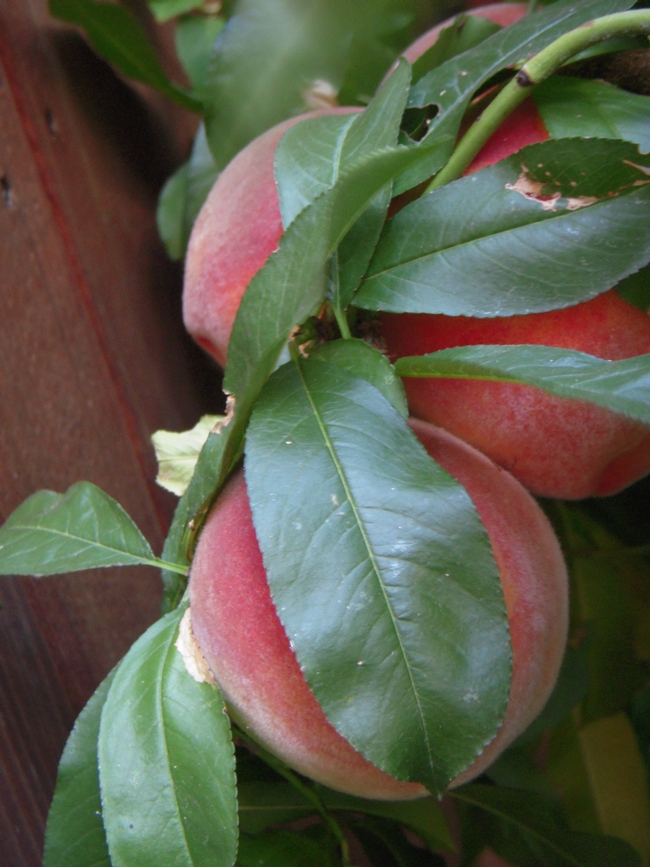