The discussion centered on a local ballot initiative to fund the development of infrastructure for groundwater recharge. The story said authorities are working to solve "the region's groundwater crisis."

"The ground isn't sinking like in Bakersfield," said the general manager of the Stockton East Water District. "But if we don't act on it, that's what we are looking at."

Harter provided general information about groundwater hydrology at the meeting, the newspaper reported.

"Groundwater is like a bank account, if you take more out than you put in, you will have a lower balance," Harter was quoted. "It will be a matter of decades, not weeks or months, to refill the basin."

The upcoming ballot initiative, Measure C, would enable the district to collect a fee for pumping groundwater, the story said. 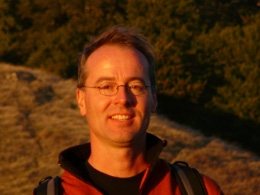