A self-pollinating almond variety under study at the USDA's research facility in Parlier would relieve farmers of costly annual bee rental to pollinate their trees, according to an article in Saturday's Fresno Bee.

The story was released by the USDA's Agriculture Research Service in its April 2010 research magazine. Writer Alfredo Flores reported that self-pollinating almonds are not new. The self-pollinating Tuono variety, originally from Spain, has been around for centuries, but has unappealing characteristics, not the least of which is a hairy texture to the seed coat.

"You can feel that hairiness with your tongue," the release quoted USDA geneticist Craig Ledbetter. “That can turn off U.S. almond consumers, who are used to the smooth texture of Nonpareils."

Ledbetter used Tuono as the male parent in conventional hybridizations with California almond cultivars and selections. In 2008, he brought eight promising self-pollinating selections to the California Almond Board for evaluation of taste and appearance. Testers rated the nuts comparable to Nonpareils, the USDA release said.

ABC Action News in Fresno also took on the story. It said Ledbetter began his work with self-pollinating almond trees 17 years ago out of fears Africanized bees could kill off local hives.

"It was out of those concerns we really started the program," Ledbetter told reporter Dale Yurong. "It's ironic that a different bee problem (Colony Collapse Disorder) came up." 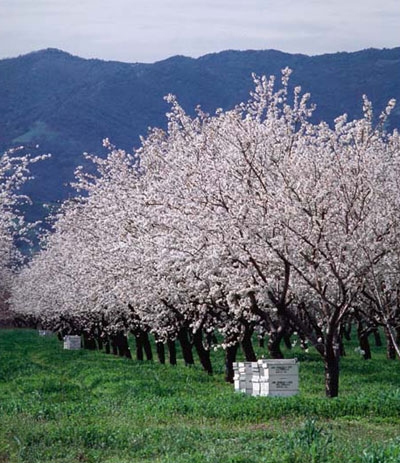