It was a great day at the Mary Farmar school garden!

Every time I sign up for Master Gardener events, I get excited about getting out and working with my community alongside fellow Master Gardeners.  Even if I don't know anyone at each event, I always feel so connected to the folks that I find to be kindred spirits, driven by a love for all things about gardening and sustainability.

I would like to share my most recent Master Gardener volunteer adventure at the Mary Farmer School Garden in Benicia. We had a great day out in the garden that day!  I had seen the volunteer opportunity posted on the Master Gardener website but did not have free time until recently. When I arrived at the event, I was greeted warmly by Sheila Clyatt and the other Master Gardeners who were dedicating their time to the school garden.

Volunteers support students that are in the first through fifth grades who visit the garden. These students come to the garden to experience hands-on activities, such as composting with worms; planting seeds, bulbs, plants, trees; growing and harvesting fruits and veggies.  The students also learn about pollinators, native plants, and sustainability.

On that day I helped out, Sheila quickly briefed the Master Gardener volunteers on activities for the event.  My activity station was the first of three, which had students learning about worm composting.  I gave the students a brief explanation about the worm composting (crash course from Sheila). Each student then made a bed of layered paper strips and soil for each worm that was placed into the main worm composting bin.

Each student was given a small cup and some newspaper to tear into small strips to place in the cup. Then they added some soil, picked a worm out of a worm bin, then brought it to the next station where they added food for the worm (fruit and veggies that volunteers had chopped up). The students then placed the whole “worm bed” into the worm composting bin.  They seemed so pleased to be a part of this process for expanding the composting bin for use in their garden!

I noticed that most students seemed to gravitate to the soil naturally, wanting to smell, touch and feel the earth in their hands. To my delight, most of the students were more than happy to gently choose a worm out of the bin to place into their new “worm bed”.

If the students were not interested in worm composting, there were plenty of other activities, such as hands-on learning about Buffy the chicken and potting daffodils or succulent cuttings for their teachers!  What a magical garden!

Christine Linder, the VP of Volunteers for Mary Farmar's PTA is trying to increase awareness and parent involvement in the Mary Farmar school garden.  So, please join the Mary Farmar Garden Facebook Group for weekly updates from the garden. https://www.facebook.com/groups/569982193758936/ 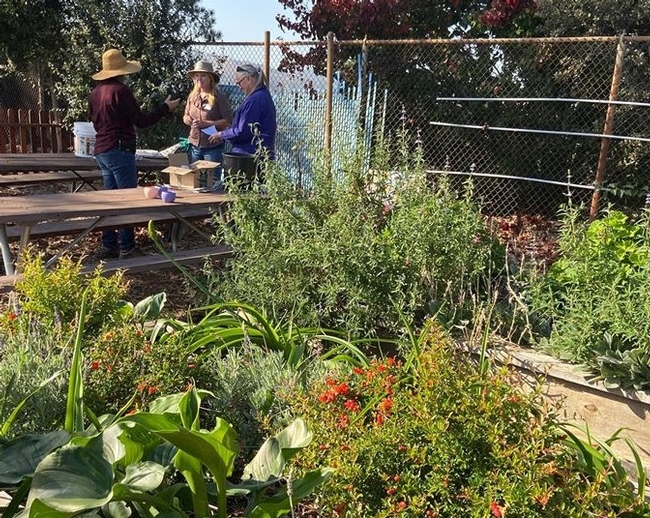 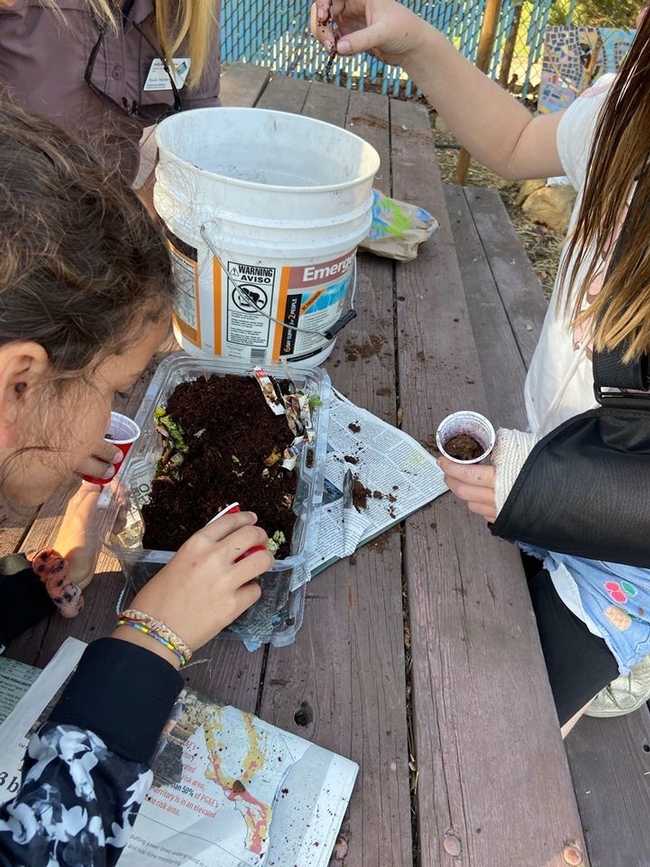 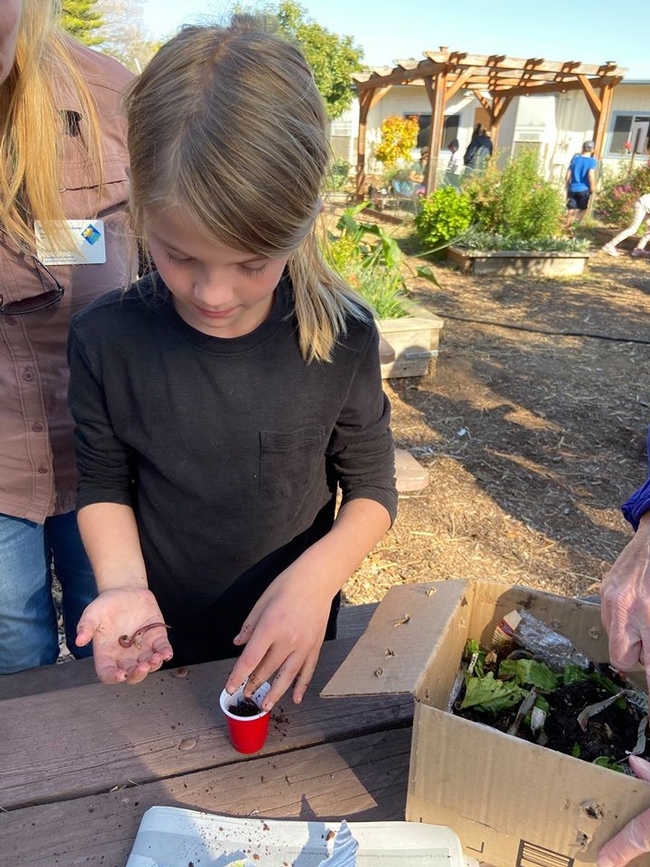 I have a worm!

1.
Thank you for sharing your experience about the Mary Farmar School Garden. I hope more Master Gardeners will sign up and come out to the garden to be a part of our program. New Master Gardeners particularly welcome!