More than a half million acres of California farmland has been left fallow this year, making a deep cut in the state's ag economy, reported Heesun Wee on CNBC.com.

"Land is incredibly productive. Nobody leaves land idle unless something really bad happens," said Dan Sumner, the director of UC Agriculture and Natural Resources' Agricultural Issues Center, based at UC Davis. The bad thing that happened is four winters of well-below-average precipitation in California.

According to Sumner and his colleagues' analysis, 564,000 acres of land have been left fallow, statewide revenue losses amount to $1.8 billion, and there are 8,550 fewer farm jobs.

The dairy industry is being hit particularly hard. The economy of China, a big U.S. dairy consumer, has slowed while at the same time dairy farmers are paying higher feed prices because hay farmers have lowered production due to water shortages.

"Dairy is in a world of hurt right now," Sumner said.

Reporters Jim Carlton and Ilan Brat reported in the Wall Street Journal today about the impact of the state water board's decision to revoke some senior water rights in California.

Holders of senior water rights are concerned that the state has stricter and longer-term cuts in store for the future, cuts that could reshape how and what they grow, said Doug Parker, director of UC ANR's California Institute for Water Resources. "The drought has really taught people that water supplies aren't as permanent as they thought," Parker said. 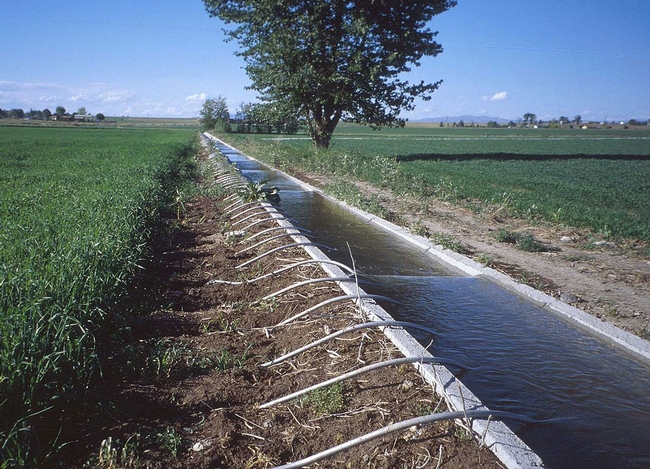 California's irrigated agriculture is suffering due to drought.